You are here: Home / Archives for focus 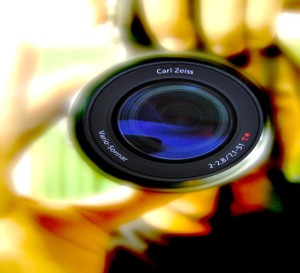 One of the toughest things in my entrepreneurial journey is to stay focused. I see so many opportunities in the world where one can make money, but each one of these opportunities will take its due course of effort (sweat and tears).

My career started in international software product development of packaged software solutions in the business intelligence/data warehousing/budgeting/planning space and first part of my career I was completely focused on being evangelist for our solutions and speaking in different forums about these topics. When I became CEO for the software vendor and its US subsidiary, I was initially lost as I did not understand the power of focus, I was selling to any vertical, any market as long as somebody was interested. That did not work well with limited resources (we were self-funded). I tried to be everything to everybody and not many organizations can do that even if there is plenty of many.

One day, my sales director in the company and I decided to put focus on what we are doing and decided to sell into a specific vertical and not long after that we became market leaders in the sector and then were able to have an exit by selling the company to a large publicly traded company. What was funny though is that the solution was still based on same code-base, it was just the fact that we decided to have focus in what we are doing when the results started to come in. It was not easy and YES, we did sell to others by my sales director focused mostly on this given vertical and built a nice pipeline for it.

What is the moral of my story? You have to be able to say NO every now and then and even if it hurts, it is the right thing to do. When you stay focused, you will eventually achieve better results, even if it takes a bit more time. I have now experienced it so many times that I have to believe that is the right approach.

I had the same thing happen to me again (I guess I forgot about this experience) year-and-a-half ago and did a change in direction and have got amazing results due to this. I do not want to do things that do not provide value or add value to what we are doing. Life is tool short to go outside the focus areas as it is almost like a double penalty: you spend time on things you should not spend on and secondly it could be a huge opportunity cost that could take away things from you due to the lack of focus.

What is amazing to me is that we tend to forget about our mistakes and make them all over. The second thing is that we seem not to stop to think about our strategy and direction until it is too late and then we will have to pay for that in one way or the other.

I wanted to share this story today as I had to say no to something that would have been fun, entertaining and given visibility but the target group and the efforts to make that group happy would just have taken too much away from my core that I want to be honing further.

One of the most difficult tasks that we business-owners have is to pick our battles. We see money everywhere and this leads to unfocused business and we do not get anything done. I have been guilty of this but work hard to remember it when I stretch myself too thin. Ask yourself the question how many times you have said to yourself: why I am spreading myself too thin? Focus and the results will come!