You are here: Home / Archives for channel partners 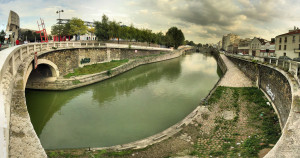 In preparation to my upcoming workshops and seminars, I am updating myself on multiple different things in respect to ISVs (independent software vendors) and one of the key drivers based on the workshops we have delivered the past 2 years is by far the question how ISVs should align themselves with channel partners. Today when doing some reading, I run into an interesting study by Forrester Consulting (commissioned by Avangate, September 2012) where 79% of the researched ISVs (53 US and UK SMB enterprise software publishers) feel that their channel partner program is of strategic importance.

Another key finding in the study was that smaller software vendors are ill equipped to expand to new markets and this mainly due to support-related issues. Channel partners expect ISVs to help in marketing and generating demand, but smaller ISVs are typically not funded to be able to support this type of activity.

The study revealed many other factors that the channel partners were concerned about such as channel partners now been able to support end customer over the lifetime of the contract, inadequate efforts in renewing the end customer contracts and overall bad visibility over the end user customer. The roles are responsibilities are definitely changing in respect to ISVs and channel partners and this I have had the opportunity to run a bunch of channel alignment workshops where we map the ISV business model with the channel business model and if there is any misalignment between these, the results are typically miserable.

ISVs have a tendency to dream that their solution is the only solution on the planet that matters, but unfortunately there are others with the same belief. I like to use Business Model Canvas in the channel alignment exercise as it portrays extremely well potential issues that ISVs have to deal with such as giving the opportunity for the channel partner to become profitable. That is easier said than done.