You are here: Home / Archives for Tablet

The blogosphere is all about apps and how different ecosystems compete for the eyeballs of these and the money of course. You might still remember the the news when a far app pulled as much as $10,000/day in revenue but since then there is tens of similar applications on the marketplace. This started a trend where people left their well-paid jobs to chase their dream of creating apps and living a life without pressures. The growth of app economy is one of the most promising trends, but people/organizations that want to make real money of it, need to include some risk management into it as well. The app industry has become similar to film industry where relatively few people make money and the ones that make, are hugely successful like Angry Birds phenomenon from Finland.

One might of course ask oneself is whether this is a shift in our society and how work is performed. according to Erik Brynjolfsson (director of the M.I.T. Center of digital business), “technology is always destroying jobs and always creating jobs, but in recent years the destruction has been happening faster than the creation”. There is no question that technology is creating new jobs and apps can be part of this opportunity as can be seen in many of the reports that have studied this trend towards “app economy”.

What I have not seen many discussions around is how the app economy is linked with the enterprise software business. I have researched around this and identified the “dimensions” that are typically linked to the app business, but not that much is said how established software vendors should view this space and how these vendors can make a entry to the app space in a way that makes sense and where there is also a sustainable economical model.

So, the question that we should ask ourselves is how much of the app business is truly geared towards the consumer business and how much of this will gradually move into enterprise business? Should software vendors keep the app business in their plans when building enterprise solutions specifically using the cloud? If they should keep this in mind, what kind of pricing should the ISV use? Maybe free as the real money comes from the enterprise solution and not the app that accesses it? As you can see, it is not that clear and my own experience when working with both small and large enterprises, the app business hardly ever comes up in discussions. I am convinced that this will change and it will change very quickly. One of the drivers will be Windows 8 and Windows Phone 8 developers that will create solutions that will be based on app technology and not on traditional desktop app architectural model even if these will be able to run in Windows 8 Pro environment.

Another valid question that we need to ask ourselves is whether app economy should be see purely from mobile app development perspective or should we view it from a perspective where the device is just the means to get to what you want and the backend (typically the cloud) is the one that provides the services and brokers the interaction between different services. Shouldn’t we in fact be talking about services economy instead where organizations build apps to consume and combine information from different sources using different SOA interfaces that organizations/developers have exposed to the world. Isn’t this what we have always dreamt about? 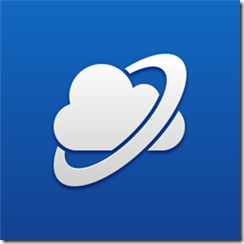 I downloaded today a Windows Phone 8 app (Nokia Xpress) to my shiny Nokia Lumia 920 and this app really demonstrates where things are going. After having installed the app, it asked me whether it can use location information (which most apps want to use), but what really made me to think about the future of apps is that developers really have to think “outside the box” on when developing apps. The thing with this Nokia Xpress app is that it enables users to store and read articles on your phone (locally) so when you travel, you do not have to use expensive data roaming. I know.. there are many of these apps from before, but what this app has specifically thought of is to really monitory and minimize data usage and provide a combination of technology such as Microsoft SkyDrive technology to store videos and images without having to use the data plan. Why is this relevant to me? Just this week, my son’s data plan was going over the limit and I found out that it was all about video streaming and 2 gig data plan does not cope well with this.

The topic of “app economy” is very interesting to me as researcher, but also as practitioner. A recent paper written by Dr. Michael Mandel and Judith Scherer (commission by CTIA (The Wireless Association) and Application Developers Alliance provides an interesting view on the app economy. According to Mandel, the entire “App Economy” was coming to use in early 2009 and was popularized by a cover story run by BusinessWeek in November 2009.

The way that Dr. Michael Mandel describes App Economy in his February 2012 report resonates well with what I have educated my customers in respect to ecosystems:

“ App Economy is a collection of interlocking innovative ecosystems”. Each ecosystem consists of a core company, which creates and maintains a platform and an app marketplace, plus a small and large companies that produce apps and/or mobile devices  for that platform. Businesses can belong to multiple ecosystems and usually do”.

There is no question in my mind that this topic is relevant to anybody that works in the software industry and it is fascinating to see how this evolves with time and what kind of new companies will rise to take advantage of this.

If you work in the Microsoft ecosystem, I highly encourage you to read the article “Microsoft’s cloud vision: Why Azure is the linchpin of the firm’s new devices and services strategy”. Another great article from Information-Management.com that predicts Enterprise Apps to go mobile big time and that money apps will move to the cloud. The article lists quite a few things that are very interesting and I encourage you to read that article as well.

Stay tuned for more, there will be more to come on my research on different topics and this app economy being one of them!

I can feel the excitement in the air!

I have to say that I am very, very happy of the latest announcement from Microsoft.  Today, my eye caught an interesting header “Microsoft to PC and tablet makers: You’re not our future” and you might know what I am referring to with this.

I heard rumors of something big announcement last week during my trip to San Francisco and we were speculating what it could be even if the blogosphere was convinced that Microsoft might be working on its own tablet. Last night, when driving from Fayetteville, Arkansas to Dallas with my family, I listened to CNBC on my satellite radio and heard the news that Microsoft really will be coming out with two new tablets: Surface for Windows RT and Surface for 8 Pro and this will be a game changer for Microsoft. An article posting  “Microsoft. Kicks. Ass” in Venturebeat from John Koetsier summarizes beautifully the entire announcement and what it can bring to the market. I think you should read it to get the full picture of what he thinks.  You can also find more information about this from Microsoft’s own site. 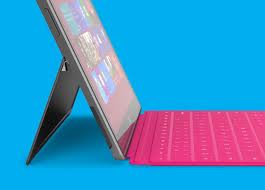 Let me explain why and how I see this whole situation in respect to other hardware manufacturers and also software development community.

First of all, I truly believe that the market is moving more towards a complete hardware-software era where subpar PCs, tables and notebooks just won’t fly. Apple has demonstrated this many times and so has Microsoft with the highly successful Xbox gaming platform. Microsoft just can’t afford relying on its hardware partners to create hardware that would be completely in sync with the operating system. They just don’t have the skills and the means to do it. It does not mean that they will not continue doing it, but I am convinced that the competition just took a new altitude by Microsoft coming to market with its own. I can’t see any other alternative strategy that Microsoft could have taken when considering the strong move towards tablets.

I was so much looking forward to a Windows slate from Hewlett-Packard two years ago and go very disappointed when that never came and the project was killed. I am sure that was a big hit for Microsoft as well. I truly believe that Microsoft has given ample chances for any hardware manufacturers to build hardware that can compete with Apple iPad. So far, I have not seen one on the market. Google is taking the same route as Microsoft and Apple; they all will have their own hardware platform (with OS) so that really demonstrates that the software/hardware market has changed for good and developers and the ecosystems just has to cope with it.

Secondly, I also believe that the development community will have a tremendous opportunity to combine the upcoming Windows 8 app development with Windows Azure and provide value added solutions that are completely integrated and integrated in the cloud which not many other players can argue to be doing.  This is what is very different to other players: Microsoft has the enterprise and with these new tablets, IT can continue providing devices that are integrated with the backend infrastructure.

Finally, the new tablets from Microsoft are not just for data and media consumption, they are for doing real work. With the embedded keyboard, USB connectivity, HDMI etc. you can really have a strong device with you whether you are doing things for fun or working. That is the big difference!

What makes me also excited is that Microsoft has given us a reason to innovate and start looking at Windows apps that will benefit from the upcoming Windows RT device.  I have been in software development my entire career and love the fact that there is a reason for new excitement. I told my wife that I can see myself standing in a long line to get one of these devices. I hope that Microsoft will highlight and bring some of this information to the upcoming Microsoft Worldwide Partner Conference 2012 in Toronto (July 8-12).